In 2020, the mean age for a woman at the first child’s birth remained the same as in 2019: 29.6 years. This applies also to the mean age of mother for all births: it was the same as in 2019 (31.1 years). One of the reasons for the decline in fertility in recent years is that more and more women are postponing having their first child.
The second important reason is the decline in the number of women in reproductive age (15–49 years), which is the consequence of the fertility decrease in the 1980s and 1990s. In one year, from the beginning to the end of 2020, the total number of women in reproductive age has not changed significantly, but the number of women in the most fertile ages (25–34) decreased a lot (by 2,000).

57% of children born to unmarried mothers

Some additional interesting findings for new-borns in 2020

What has changed in the field of fertility compared to 1991?

In Slovenia, natural increase was negative every year from 2017 onwards, as more people die each year than are born. The COVID-19 epidemic and high mortality in 2020, especially in November and December, contributed to greater natural decrease: in 2020, it was −5,249 population or −2.5 per 1,000 population. This is the lowest value of natural increase in Slovenia after 1945.

Data on natural increase by municipalities and regions are published in the SiStat Database. 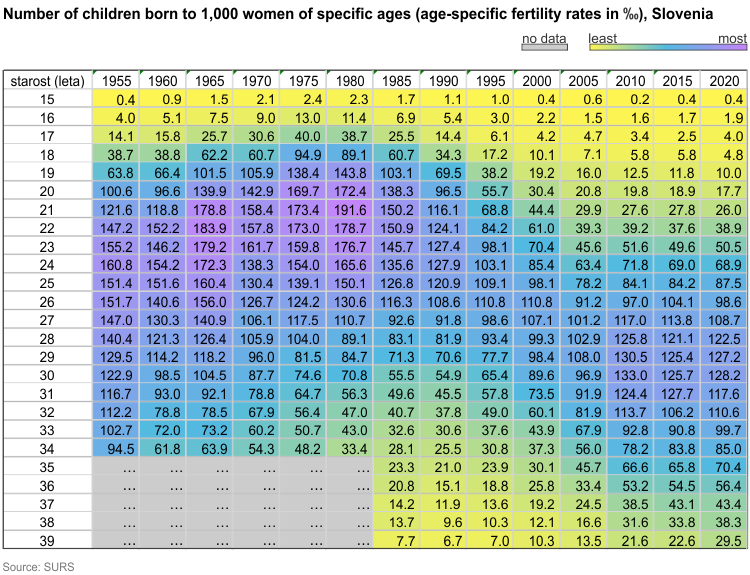