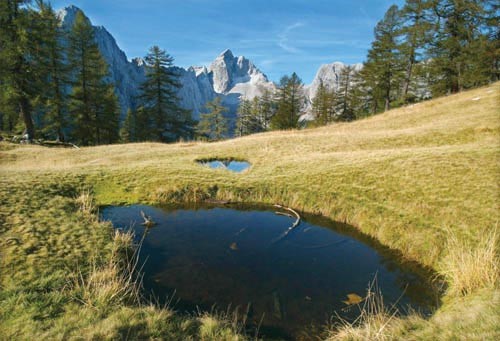 The Gorenjska statistical region, in terms of the population the fourth largest region in Slovenia, had 10% of Slovenia’s population in 2020. The population density here was lower than the national average. Together with the Osrednjeslovenska statistical region this statistical region stood out with the second highest share of people aged 0–14. In Gorenjska the share of people in this age group was 15.9%. This region recorded the second highest natural increase in 2020. It was 1.5 per 1.000 population. As in all Slovene regions, in Gorenjska net migration was positive (it was the second highest with 22.0 per 1.000 population). The high net migration was partly the result of updating administrative records. This region was also among the top three in terms of the share of third-born children or children of a higher order (besides Jugovzhodna Slovenija and Posavska). In each of the three mentioned regions the share was over 18%.

The educational structure of the population in 2020 was better than in most other regions. The share of population with basic education or less was lower than the national average, while the share of population with tertiary education was higher. The at-risk-of-poverty rate was the lowest (9.2%). The risk of social exclusion was the second lowest (11%). In 2020, just over 20,700 enterprises operated in this region. Almost 79,000 people worked in them. Average monthly net earnings in 2020 in this region amounted to EUR 1,172, which was 3% less than the national average. GDP per capita in this region in 2020 amounted to EUR 18,893; this was also less than the average for Slovenia. People living in Gorenjska, Goriška and Jugovzhodna Slovenija assessed general satisfaction with their life with the highest average score, i.e. 7.6 (out of 10).