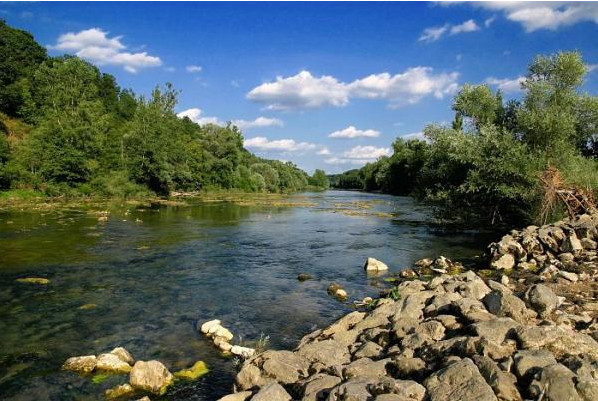 According to the total area, Jugovzhodna Slovenija is the largest region in Slovenia. It covers 2,675 square kilometres and is about 6 times larger than our smallest region Zasavska. Jugovzhodna Slovenija had 7% of Slovenia’s population in 2020. With 55 people per square kilometre, it was the third least densely populated region. The age structure of the population in this region was favourable as the share of young people (aged 0–14) was the highest among regions, namely 16.4%. The mean age of the population was the second lowest with almost 43 years. This region together with Gorenjska recorded the second highest natural increase in 2020. It was 1.5 per 1.000 population. Ten children per 1,000 people were born here in 2020, the most in the country. The mean age of mothers was the lowest (30.3 years). The mean age of first-time mothers was the second lowest (28.7 years). The educational structure of the population in Jugovzhodna Slovenija was less favourable than in other regions. 26% of the population aged 15+ in this region had basic education or less. In 2020, this region stood out in terms of the highest number of convicted persons (adults and minors) per 1,000 population (3.3).

The employment rate in Jugovzhodna Slovenija in 2020 was 68%, meaning that 68% of working age population in this region was in employment, i.e. in paid employment or self-employed. In addition to Osrednjeslovenska, Jugovzhodna Slovenija was the only region with average monthly net earnings higher than the national average; in 2020, they amounted to EUR 1,222. In Jugovzhodna Slovenija it was higher by 1% and in Osrednjeslovenska by 9%. In 2020, the region recorded the highest disposable income per capita (EUR 13,547). GDP per capita was the second highest in the country (EUR 22,388). The region’s GDP represented 7% of the national GDP. Industry contributed the highest share to the regional gross value added (54%). On average, 422 kg of municipal waste per capita was generated in the region, 67 less than on average in Slovenia. Less municipal waste per capita was generated in Koroška (21 kg less per capita).