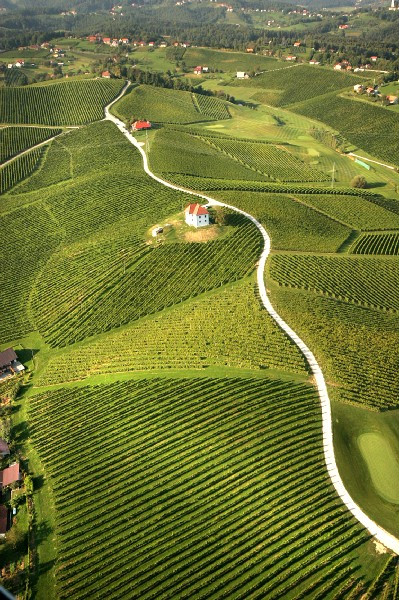 The Savinjska statistical region had 12% of Slovenia’s population in 2019. The region stood out by the lowest share of people aged 80+ (4.9%). The mean age of the population in this region was 43.4 years, the same as the national average. As most of the other regions, Savinjska recorded a natural decrease, namely –0.5 per 1,000 population, while net migration was positive (6.4 per 1,000 population). The share of children included in kindergartens was the second highest among the regions (82% of children of the appropriate age). 21% of people aged 25–64 years had tertiary education, which was less than the national average (24%). The share of persons below the at-risk-of-poverty threshold (13.5%) was the fifth highest among all statistical regions in Slovenia. Dwellings that were in bad condition (problems such as a leaking roof, damp walls/floors/foundation, or rot in window frames or the floor) were inhabited by 24% of households, which was the third highest share among the regions. People in this region were less satisfied with their life than in other regions. They assessed satisfaction with their lives with the score of 7.4 out of 10.

In 2019, the employment rate in the Savinjska statistical region was only slightly above the national average. The difference between the employment rate for men (71.5%) and women (61.4%) was more than 10 percentage points. The share of persons in employment working outside the region of residence was among the lowest. It was 18.7%. In 2019, just over 22,300 enterprises operated here; each employed on average 4.7 people. Average monthly net earnings in the Savinjska region in 2019 amounted to EUR 1,043, which was approximately EUR 90 less than the national average. The region generated more than 11% of the national GDP and thus ranked third among the statistical regions. 44% of the regional gross value added was generated by industry. 64% of wastewater in the region was treated before discharge from the sewage system. Lower shares were recorded in Goriška and Osrednjeslovenska (63% and 53%, respectively). Each household in the region was supplied on average 41.3 m3 of water from the public water supply, ranking the region second in terms of public water supply.