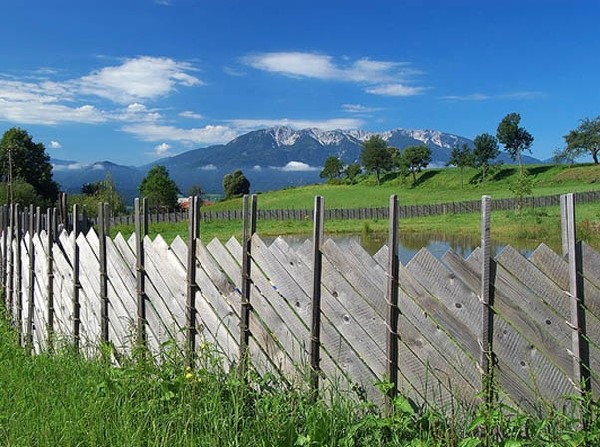 With a surface area of just over 1,000 square kilometres, the Koroška statistical region is the third smallest region by area. It is also the third smallest region in terms of population. In 2020, about 71,000 people lived here, which is 3% of total Slovenia's population or similar to Posavska. With 68 people per square kilometre, this region was one of the least densely populated regions in the country. Only in this region was total increase, i.e. the sum of natural increase and net migration, in 2020 negative (-1.6 per 1,000 population). The share of foreign nationals was 5.0%, the second lowest among regions. It was lower only in Pomurska, namely 2.2%. 65% of children born in the region in 2020 were born to unmarried mothers, which was the second highest share. The share of population (25–64 years) with tertiary education was the fourth lowest here (19.8%). The number of students per 1,000 population (37) was slightly lower than the national average. With eight graduates per 1,000 population, the region was first together with Goriška.

In 2020, inhabitants of this region assessed general satisfaction with their life with the lowest average score, i.e. 6.8 (out of 10). On average the highest scores of 7.6 (out of 10) were recorded in Gorenjska, Goriška and Jugovzhodna Slovenija. The share of households that made ends meet with great difficulty was here the highest at 12%. The share of households that could handle unexpected financial expenses was the lowest here and in Pomurska. Only about 52% of households could handle unexpected financial expenses (in the amount of EUR 650) from their own resources. In the Koroška statistical region, 2.7% of the national GDP was generated in 2020. GDP per capita was the fourth lowest in the country (EUR 17,756). As many as 85% of households estimated that their dwellings were in good condition. This means that they did not detect problems with leaking roof, damp walls or foundations or rot in window frames or floors. The passenger cars were here among the youngest in Slovenia (10 years).