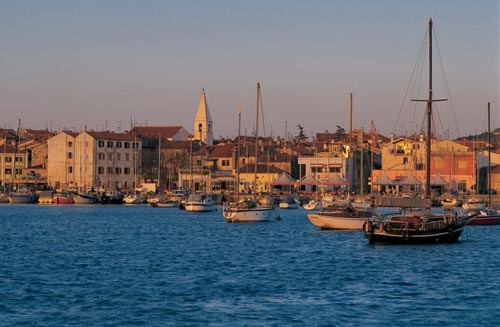 The Obalno-kraška statistical region, which covers 1,043 square kilometres, is among the smallest regions in Slovenia in terms of area. In 2020, 5.5% of the population of Slovenia lived here. A similar percentage was recorded in Goriška and Pomurska. The difference between the number of men and women was the smallest. In 2020, 311 more women than men were living in this region. Obalno-kraška recorded the third lowest number of live births per 1,000 population (8.0). The region recorded a natural decrease (-2.4) and as in all regions the total net migration was positive. At 22.7, it was the highest at the regional level. The mean age of the population was 44.8 years, the third highest among regions. The mean age of first-time mothers was the second highest in this region, namely 30.3 years, which was 0.7 years more than the national average. The Obalno-kraška region stood out for the highest share of foreign citizens among the population (12.2%) and for the highest number of immigrants from abroad per 1,000 population (25). In terms of the share of the population (25–64 years) with tertiary education (30.9%), this region was third in 2020. The number of students per 1,000 population (31) was together with Podravska the second lowest.

In 2020, the employment rate in Obalno-kraška was 65.6%, the same as the national average. Average monthly net earnings in the region (EUR 1,173) were about EUR 35 below the national average. GDP per capita was the third highest in the country (EUR 20,576). The region had 14,300 enterprises; on average, each employed 3.1 people, which was the lowest number in the country. 78% of the region’s gross value added was generated by service activities, which was the highest share among regions. In 2020, 2.3 million overnight stays were recorded, the most in Slovenia. According to the number of passenger cars per 1,000 population (577), the region ranked fourth. On average a passenger car in this region was 10.8 years old, which is more than the national average. In the region the highest amount of municipal waste per capita was generated, namely 565 kilograms or 76 kilograms per capita more than on average in Slovenia. 57% of municipal waste was collected separately, which was the lowest share among regions.