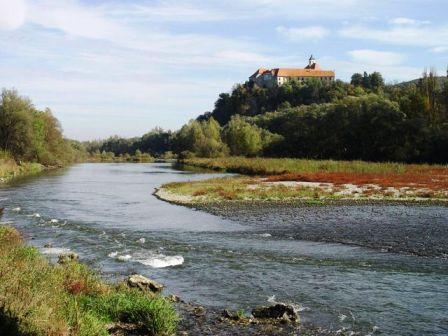 Municipality Cirkulane, which is part of the Podravska statistical region, measures 32 km2; this ranks it 171st among Slovene municipalities.

The mean age of people in Cirkulane was 44.6 years, which was higher than the national average (43.6).

Cirkulane had 1 kindergarten, which was attended by 63 children. Of all children in the municipality aged 1–5, 77% were included in kindergartens, which was less than national average of 81%. In the school year 2020/21 elementary school in Cirkulane was attended by about 180 pupils, while various upper secondary schools were attended by about 70 pupils. There were 26 students and 5 graduates per 1,000 people in the municipality; in Slovenia the averages were 39 per 1,000 and 7 per 1,000, respectively.

Among people aged 15–64 (i.e. working age population) about 60% were persons in employment (i.e. persons in paid employment or self-employed persons), which is less than the national average (66%).

In Cirkulane, average monthly gross earnings per person employed by legal persons were about 18% lower than the annual average of monthly earnings for Slovenia; net earnings were about 17% lower.

Among 1,000 inhabitants in the municipality, 545 had a passenger car. The car was on average 11 years old.

In 2020, 163 kg of municipal waste per person was collected in Cirkulane, which is 192 kg less than on average in Slovenia.