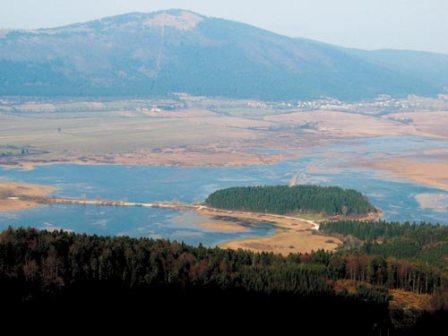 The mean age of people in Cerknica was 41.1 years, which was lower than the national average (41.4 years).

Among people aged 15–64 (i.e. working age population) about 67% were persons in employment (i.e. persons in paid employment or self-employed persons), which is more than the national average of 61%.

The registered unemployment rate was 6.5%, which is less than the national average (9.1%). In contrast to most Slovene municipalities, more men than women were unemployed.

In Cerknica, average monthly gross earnings per person employed by legal persons were about 20% lower than the annual average of monthly earnings for Slovenia; and net earnings about 17% lower.

The value of gross investment in new fixed assets in the municipality (EUR 1,466 per capita) was lower than the national average (EUR 2,564 per capita).

In 2009, 331 kg of municipal waste per person was collected in Cerknica, which is 73 kg less than on average in Slovenia.