The municipality is a part of the Zasavje and lies on both banks of the Sava river. Three fifths of the area is covered by forest, especially oak trees. The most important activity in the past was mining. 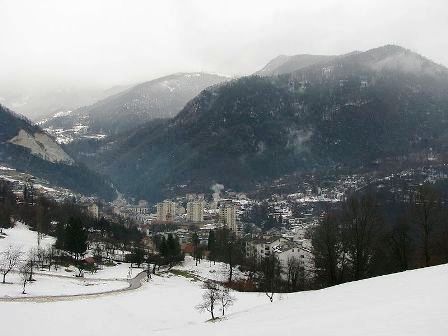 Municipality Hrastnik, which is part of the Zasavska statistical region, measures 59 km2; this ranks it 116th among Slovene municipalities.

The mean age of people in Hrastnik was 43.1 years, which was higher than the national average (41.3 years).

Hrastnik had 3 kindergartens. They were attended by 246 children. Of all children aged 1–5, 59% were included in kindergartens, which was less than the national average of 70%. In the school year 2008/09 elementary schools in Hrastnik were attended by about 700 pupils. About 370 pupils from the municipality attended various secondary schools. There were 50 students and 9 graduates per 1,000 people in the municipality; in Slovenia the averages were 55 per 1,000 and 8 per 1,000, respectively.

The registered unemployment rate was 9.5%, which is more than the national average (6.7%). As in most Slovene municipalities, more women than men were unemployed.

In Hrastnik, average monthly gross earnings per person employed by legal persons were about 17% lower than the annual average of monthly earnings for Slovenia; and net earnings about 15% lower.

The value of gross investment in new fixed assets in the municipality (EUR 1,294 per capita) was lower than the national average (EUR 3,165 EUR per capita).

Every other person in Hrastnik had a car (44 passenger cars per 100 population); cars in this municipality were on average 8 years old.

In 2008, 373 kg of municipal waste per person was collected in Hrastnik, which is 46 kg less than on average in Slovenia.