The number of children in basic education continues to grow

In the school year 2021/22, 85,957 children were enrolled in kindergartens, i.e. 236 fewer than in the previous year. The number of children in the first age group (children aged 1 and 2) increased by 1.4% compared to the previous year, while in the second age group (children from 3 years of age until entering school) it decreased slightly (by 1%).

Pre-school education was provided by 980 kindergartens and their units, 862 of them public and 118 private. A large majority of children (94%) were attending public kindergartens.

The number of children in basic education continues to grow

In 2021/22, 195,414 children were enrolled in basic school program with regular and adapted curriculum, which is 1.2% more than in the previous year. The number of children in basic education has been growing since 2010/11, when it was the lowest in independent Slovenia (161,046). Smaller generations born 15 years ago are leaving for upper secondary schools and larger generations are staying. The generations of first-graders are larger (this year 21,123) than the generations of ninth-graders (this year 19,908).

Children in Slovenia enter basic education at 6 years of age. However, some start school a year later than their peers for various reasons. In the observed school year, 12% of first-graders were seven-year-olds (8% five years ago). On average, 19 pupils per class

7% of the basic school population were children with special needs

Among 21,550 first-year students, 20,766 were new entrants, entering upper secondary education for the first time. Others were either repeaters or changed their study programme.

Men tend to choose technical and vocational programmes much more often than women. Three out of four (74%) male students were enrolled in these programmes, mostly in the fields of Engineering, manufacturing and construction (44% of all male students) and Information and Communication Technologies (ICTs) (8%).

On the other hand, 55% of female students were enrolled in technical and vocational programmes, mostly in the fields of Health and welfare (12% of all female students), Services (11%) and Business and administration (10%). METHODOLOGICAL NOTE
Detailed data on students in pre-tertiary education for school years 2021/22 and 2020/21 will be published in the SiStat Database on 21 June 2022. 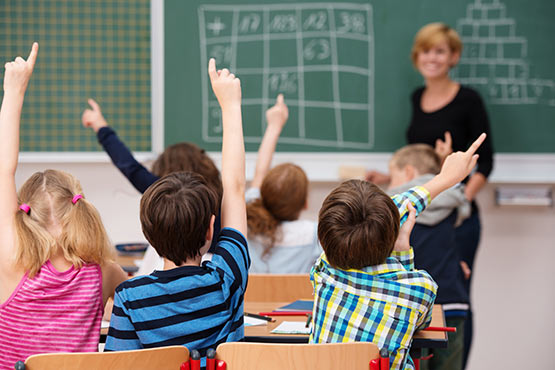