In September 2021, more building permits issued than in August 2021

In September 2021, 46% more building permits were issued and 69% more dwellings were planned than in the previous month.

More dwellings planned than in August

Most dwellings will be built in the Podravska statistical region

Tables with the latest data are available in the SiStat Database.
Floor area of buildings, Slovenia, January 2016–September 20211) 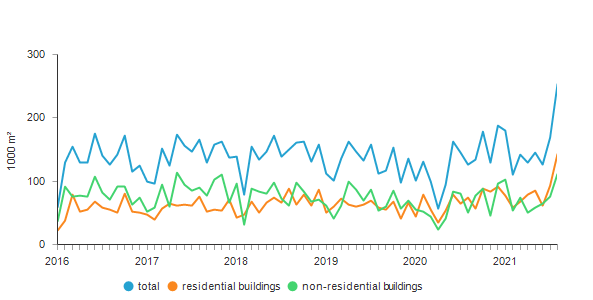 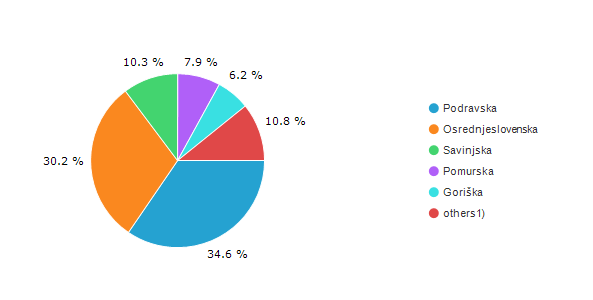 1) Including Gorenjska, Jugovzhodna Slovenija, Koroška, Obalno-kraška, Posavska, Primorsko-notranjska and Zasavska statistical regions.
Source: SURS, MOP
METHODOLOGICAL NOTE
Due to the transition to a different information system at reporting units, the dynamics of completing the forms for building permits has changed, which contributes to the deviating data values in this month.

More building permits for residential and fewer for non-residential buildings