The total passenger traffic in Slovenian ports in 2020 did not reach even 1% of the traffic of the previous year. In 2020, 114 passengers arrived or departed with ships, and due to the declaration of an epidemic in 2020, not a single cruise ship landed in any of the Slovenian ports.

Port traffic of goods by type of cargo, Slovenia, 2020 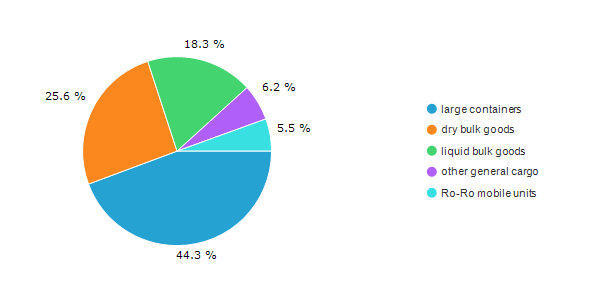 Source: SURS
METHODOLOGICAL NOTE
Data on port traffic published by SURS may differ from the data published by ports in their reports. The differences are due to the use of different methodologies (different data sources, tare consideration, etc.).
Visit our SiStat database.
SiStat
Methodological explanations
Quality reports

Compared to July 2020, in July 2021 the number of passengers increased in all modes of transport

The number of 77-year-olds is increasing. This year SURS is also joining their company.