Consumer sentiment slightly up at the beginning of 2021

In January 2021, the consumer sentiment slightly improved at the monthly level (by 1 percentage point) but declined by 18 percentage points compared to January last year.

The consumer confidence indicator improved over the previous month by 1 percentage point (p.p.) but remained below the long-term average by 8 p.p.

Decline at the annual level 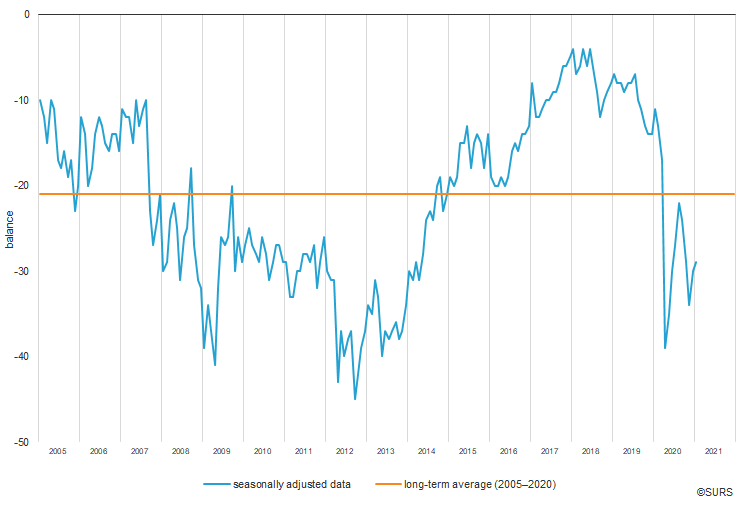 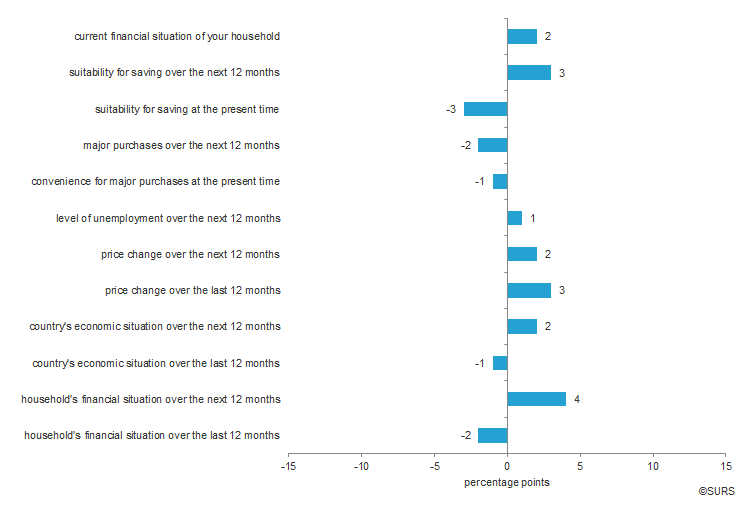 Methodological changes in 2021
Starting with January 2021, several changes were introduced to the Consumer Survey:
1. The consumer confidence indicator is calculated according to a new formula, and will be based on the answers to questions 1, 2, 4 and 9 (until January 2021 it had been calculated from questions 2, 4, 7 and 11).
2. A question on uncertainty was added to the Consumer Survey.
3. Due to the changed method of data collection in 2016, level shifts occurred in three time series. These time series (questions 6, 9 and 11) had been recalculated and were published for the first time in January 2021. 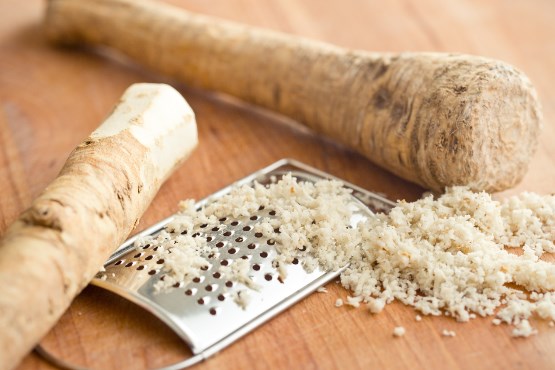