Positive net migration was recorded for foreign nationals (3,336 persons), while 655 Slovene citizens more emigrated from Slovenia than immigrated to it. 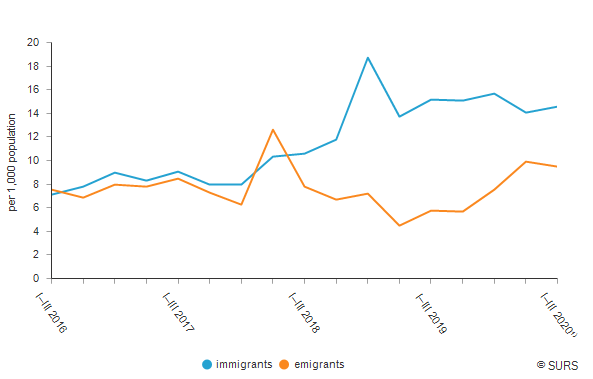