According to the results of EUROPOP2019 population projections produced by Eurostat for all EU Member States, Iceland, Liechtenstein, Norway and Switzerland, Slovenia is projected to have a population of more than 1,888,000 in the year 2100.

What is projected to happen to the population of Slovenia in the coming decades?

In 2100, 5,300 more residents are projected to immigrate to Slovenia than emigrate from it. That is about two-thirds less than the net migration recorded in 2019.

In the future the total fertility rate is projected to mostly gradually increase and reach 1.72 in 2100. Life expectancy at birth is expected to increase as well, and boys born in Slovenia in 2100 could expect to live 89 years, and girls 93 years.

Despite assumed greater fertility, the population of Slovenia expected to age

In the coming decades, the age structure of Slovenia's population is expected to change significantly. In 2019, the elderly (aged 65 or more) stood for 19.8% of the population, while in 2100 this share is projected to be at just over 31%.

These population projections are based on the assumption of partial convergence, meaning that socio-economic differences among countries included in the projections will decrease over the long term. Therefore all countries are expected to become more similar demographically over the very long term.

The starting number of population for these projections is the value on 1 January 2019, which is why they are called EUROPOP2019.


Data
The main assumptions and the results of EUROPOP2019 for Slovenia are published in the SiStat database. More detailed data (also for other countries included in the projections) are available in the Eurostat database. 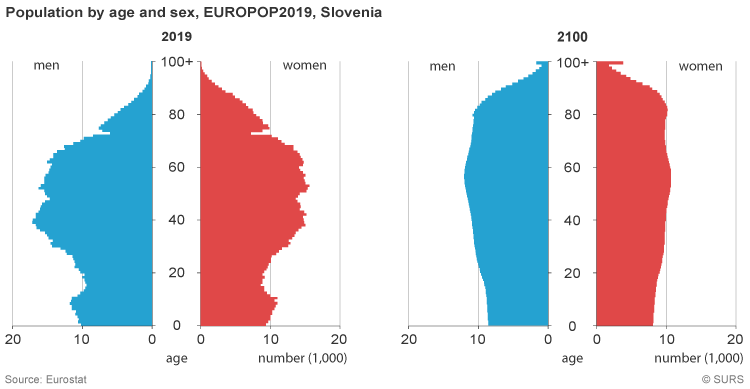 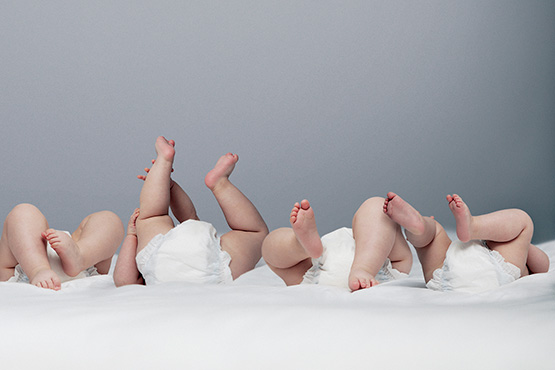