Slightly more teachers in basic and in upper secondary education

The average number of children per educator was 7.7.

The higher the level of education, the more men employed

The number of upper secondary school teachers is increasing

In the school year 2019/20, the number of persons employed in upper secondary schools for youth and adults was 1.9% higher than in the previous school year, which is partly the result of the increasing number of pupils.

There were slightly more men (54%) than women (46%). As regards the level of education, irrespective of gender they were mostly doctors of science. 82% of men in employment had third cycle of higher education, while the share for women in employment was 74%. The share of employees aged 50+ is also higher for men (42%) than for women (35%).

Employees in kindergartens, basic and upper secondary schools with the 3rd cycle of educational attainmnent 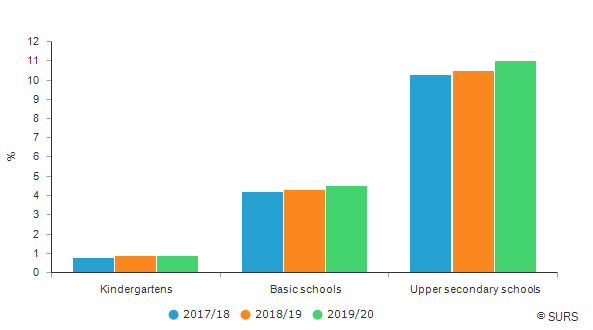 Professional staff by level of education and sex, school year 2019/20 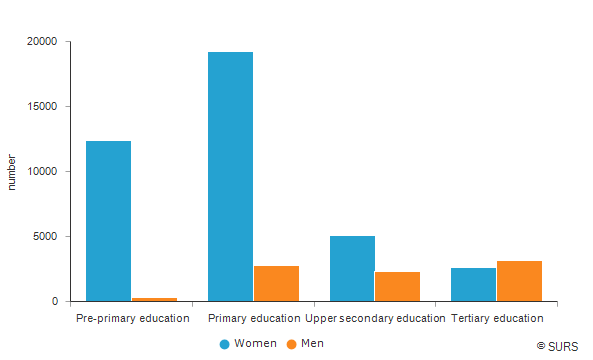