Decline of the economic sentiment continues

In November 2019 the economic sentiment declined for the fourth consecutive month and almost fell to the long-term average.

Decline at the monthly level continues

Significant deterioration at the annual level 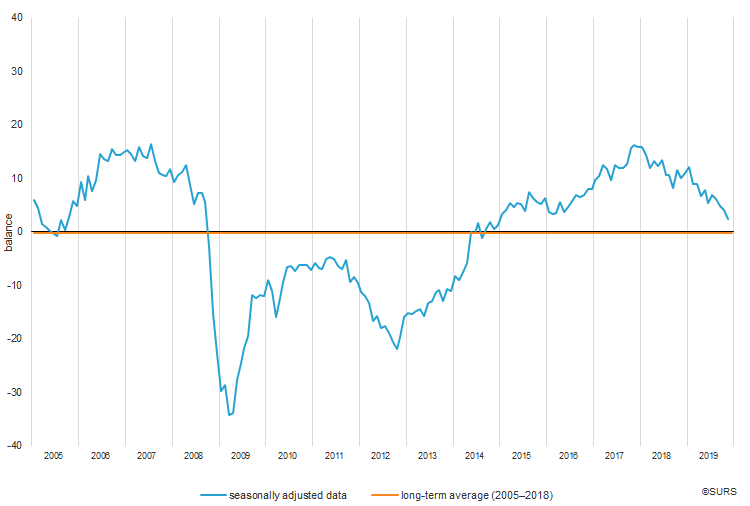 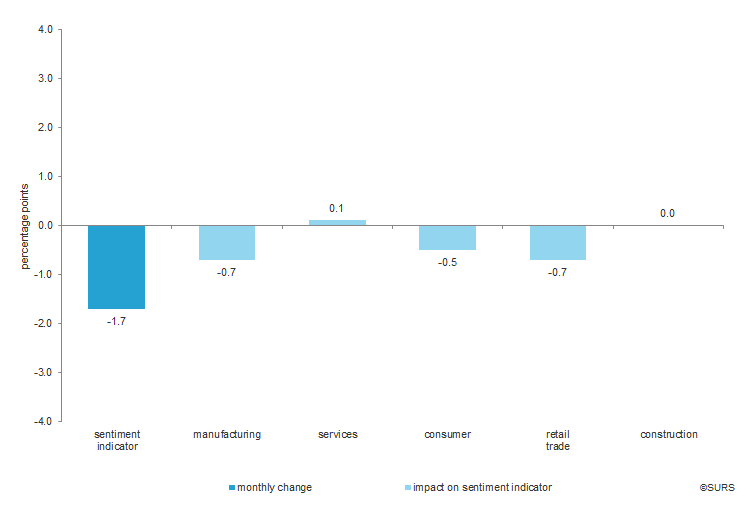 Monthly number of registrations down, of bankruptcies up 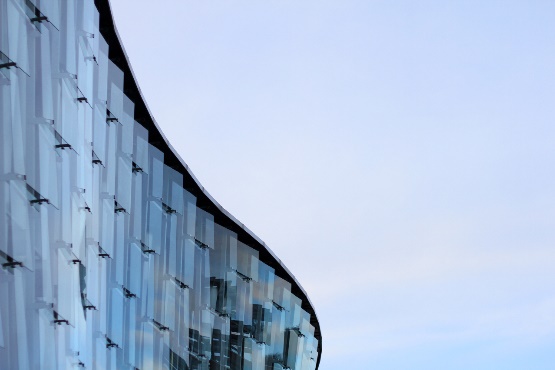 Fewer employer enterprise births than a year ago