Between January and September 2019, 9% fewer permits were issued for buildings and 2% fewer dwellings were planed than in the same period of 2018.

In September more building permits issued in Slovenia than in August

More dwellings planned than in August

In the first nine months 2019, 2% fewer dwellings were planned. The planned floor area of these dwellings was 8% smaller than in the same period of 2018. 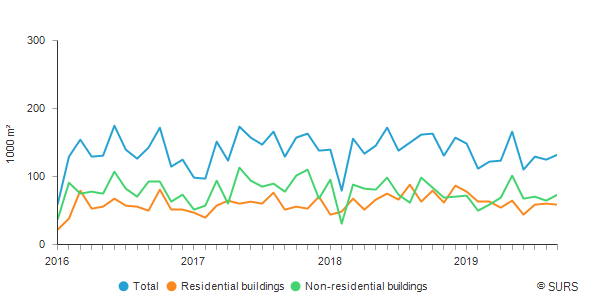 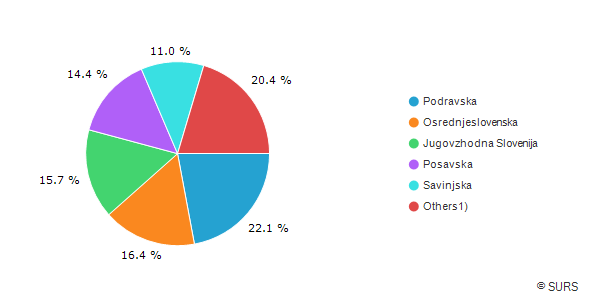 1) Including Goriška, Gorenjska, Koroška, Obalno-kraška, Pomurska, Primorsko-notranjska and Zasavska statistical regions.
Source: SURS
METHODOLOGICAL NOTE
Final data for 2019 will be published on 20 April 2020.
When making use of the data and information of the Statistical Office of the Republic of Slovenia, always add: "Source: SURS". More: Copyright.
SiStat
Methodological explanations
Quality reports