In July 2019 the value of industrial production, turnover in industry and the value of stocks increased at the monthly and the annual level.

SHARE RELEASE:
Print
The value of industrial production higher by 2.7% at the monthly level

In July 2019 the value of industrial production increased by 2.7% at the monthly level after a decrease in June. The annual growth was 5.1%.

Industrial production grew due to growth in manufacturing, where the value at the monthly level increased by 3.5%. In mining and quarrying and in electricity, gas and steam supply the value decreased (by 10.3% and 4.0%, respectively).

Turnover in industry higher by 3.0% at the monthly level, the value of stocks higher by 1.4%

Enterprises in all main industrial groupings generated a higher turnover than in June. The highest turnover growth was recorded in capital goods industries (5.6%): in this group the enterprises achieved the highest monthly turnover growth in the non-domestic market in 2019 (6.1%). 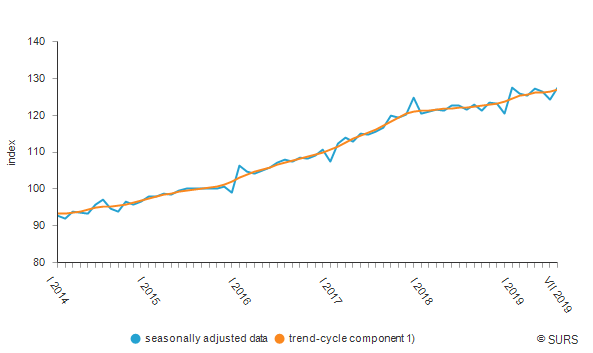 1) In the trend-cycle component the most recent data are unreliable (the end-point problem).
Source: SURS
Attachments
METHODOLOGICAL NOTE
Data are seasonally adjusted. 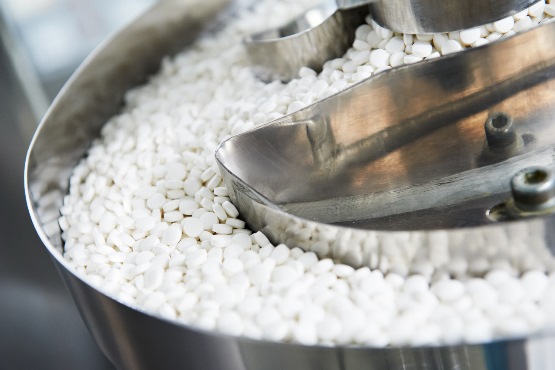 Growth of industrial production in 2019 slowed down