SHARE RELEASE:
Revenue from income and wealth tax 11.7% higher than in 2017 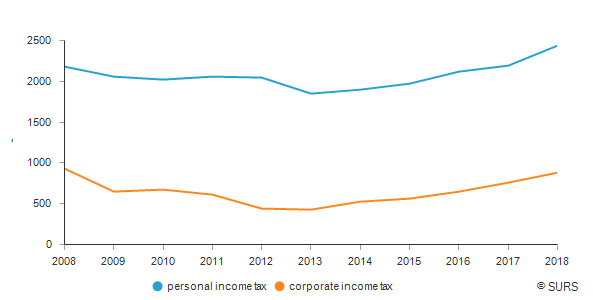