Confidence indicators in retail trade, manufacturing and construction lower, in services the same

In April 2019 the manufacturing confidence indicator decreased by 3 percentage points (p.p.) compared to the previous month and by 8 p.p. compared to April 2018. The indicator fell to the value of the long-term average.

At the monthly level production expectations and the stocks of finished products indicators decreased (by 7 p.p. and 3 p.p., respectively). The overall order books indicator improved (by 3 p.p.).

In 2019, 97% of enterprises are planning to invest, which is the same as they planned in November 2018. Enterprises assess that this year investment will increase on average by 7% compared to 2018. At the semi-annual level the present business situation indicator and the expected business situation indicator worsened (by 9 p.p. or 1 p.p., respectively).

Retail trade confidence indicator lower than in the previous month

The most important factor limiting the enterprises in retail trade was competition in their own sector (59%), followed by high costs of labour (37%) and low demand (23%). On the other hand, 11% of enterprises experienced no limits in their activity.

In April 2019 the construction confidence indicator was lower at the monthly level by 3 p.p. and compared to April 2018 by 13 p.p. It remained above the long-term average (by 26 p.p.).

At the monthly level both indicators that influence the construction confidence indicator decreased, i.e. the employment expectations indicator by 5 p.p. and the overall order books indicator by 3 p.p.

Services confidence indicator the same as in the previous month

The most important factor limiting the enterprises in services was insufficient demand (30%), followed by shortage of labour force (18%) and financial constraints (15%). The percentage of enterprises that experienced no limits in their activity was 35%.

Monthly changes in the value of confidence indicators, Slovenia, April 2019 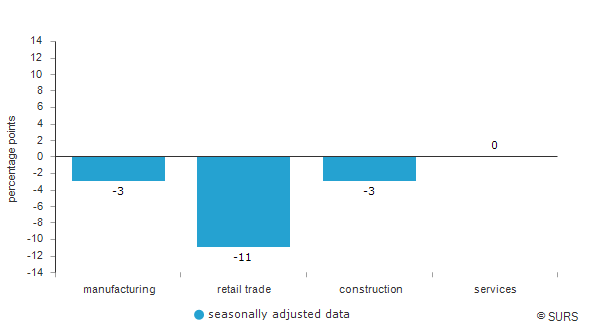 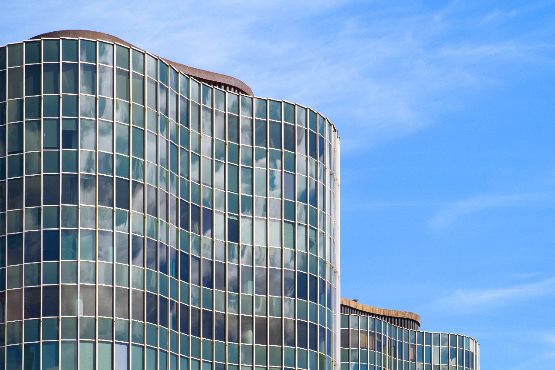 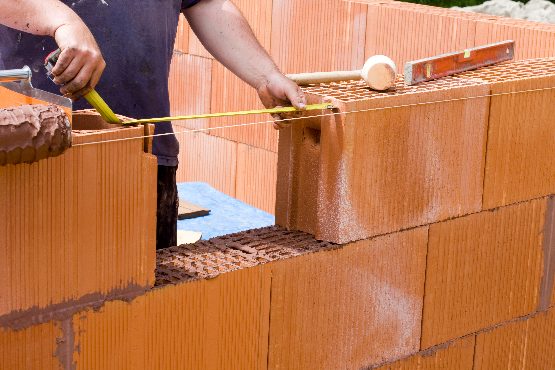