In the second quarter of 2017 natural increase and net migration positive, namely by 447 and 878, respectively.

Positive net migration was recorded for foreign nationals (1,853 persons), while 975 Slovene citizens more emigrated from Slovenia than immigrated to it. 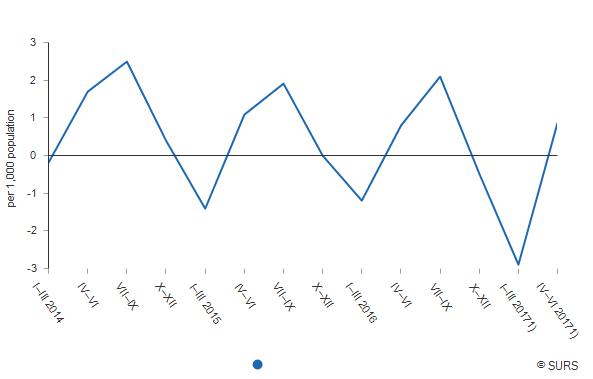