Most foreign tourists came from Italy
Key markets, from which the most foreign tourists who generated the most overnight stays in Slovenia came, were Italy (almost 248,000 or 16%), Germany (15%), the Netherlands (11%), Austria (7%) and France and the United kingdom (4% each).

The highest increase in overnight stays in camping sites
In August 2017, almost 943,000 or 44% of all tourist overnight stays were recorded in hotels, 27% in camping sites, 7% in private accommodations – rented rooms and dwellings, 5% in apartment settlements, 3% in company vacation facilities and vacation facilities for youth and 3% in youth hostels.

The number of tourist overnight stays increased in all types of tourist resorts compared to August of 2016: in mountain resorts by 21%, in municipality Ljubljana by 10%, and in seaside resorts and in health (spa) resorts by 5% each. 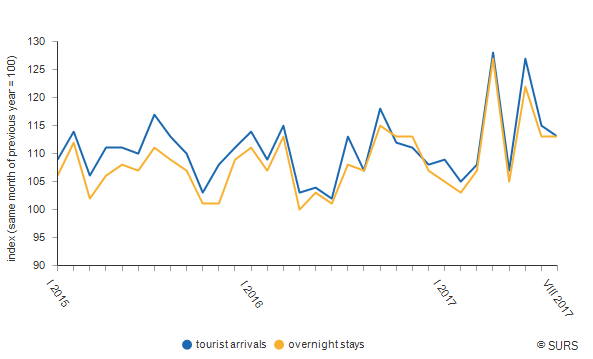 Provisional data are published at the end of the month for the previous month.
Final data on accommodation facilities, tourist arrivals and overnight stays are published on the SI-STAT Data Portal 55 days after the reference period.
Visit our SiStat database.
SiStat
Methodological explanations
Quality reports 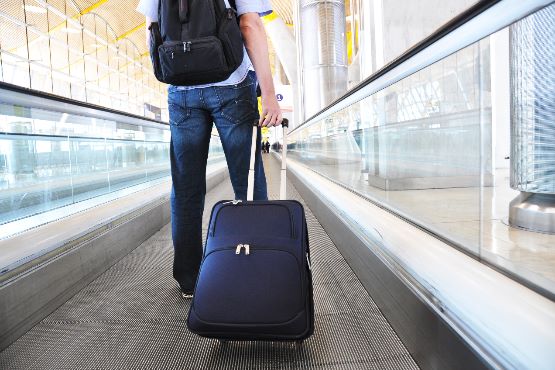 In April and May 2021, the number of same-day visitors who came to Slovenia for business reasons increased

In the 2nd quarter of 2021, Slovenian residents made almost 1.2 million private and business trips 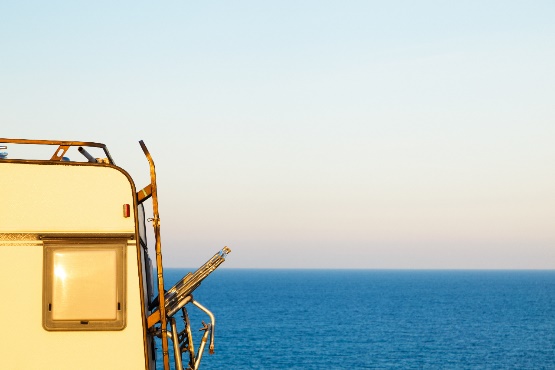 In Slovenia, 2% more tourist overnight stays in August 2021 than in August of record-breaking 2019

In 2020, domestic visitors made more same-day trips in Slovenia than in neighbouring countries