On 1 January 2017, 16,784 persons in Slovenia aged 65 or more resided in homes for the elderly. According to the data from 2015, older persons’ income was not enough for paying the cost of living and most demanding care in a home for the elderly.

Older persons in Slovenia participated in cultural or sport activities more than their European peers. According to the data from 2015, 66% of Slovenian residents aged 65–74 participated in any cultural or sport activities (cinema, theatre, concert, museum, sport event) at least once in the last 12 months before the survey. Among European older persons the share was 57%.

Although older persons in Slovenia participated more than their European peers in some levels of society, for some of them health problems were the reason for non-participation. Approximately a quarter of the population aged 65 or more in 2016 assessed their general health as bad or very bad. According to data of the Association of Social Institutions of Slovenia, illness was the most important reason (in 2015: 62%) to move to a nursing home, followed by serious mental illness (13%). On 1 January 2017, 4% of persons aged 65 or more were residing in homes for the elderly. 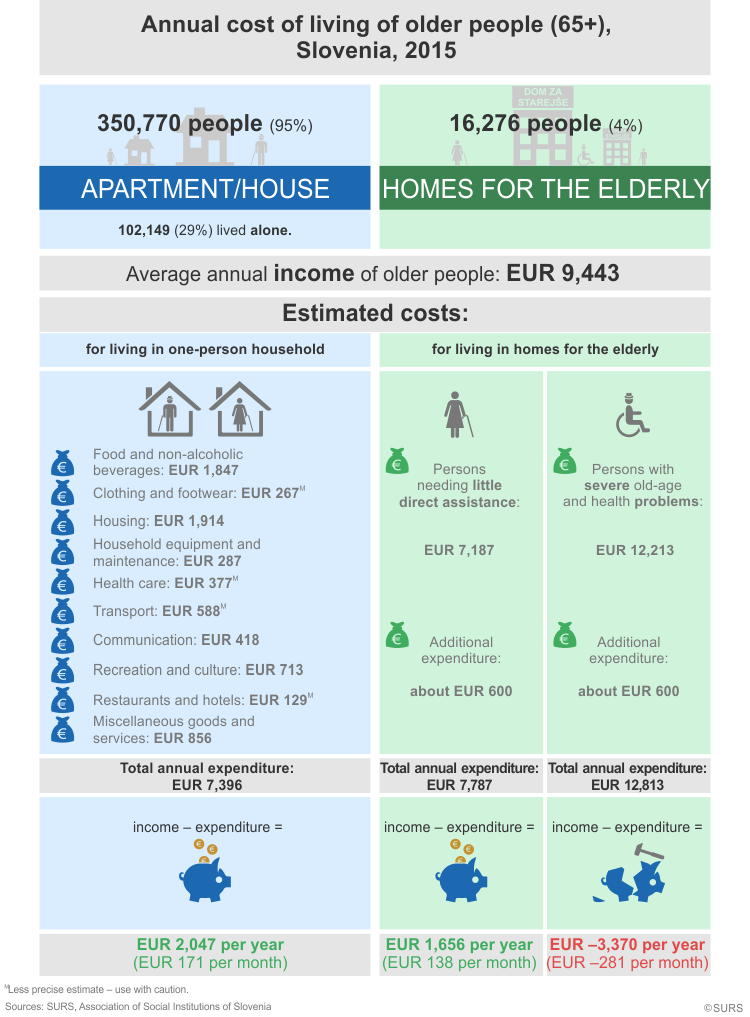