In the first quarter of 2017 pronouncedly negative natural increase: –1,455

In the first quarter of 2017 natural increase pronouncedly negative (–1,455), while net migration was positive (396).

Positive net migration was recorded for foreign nationals (1,524 persons), while 1,128 Slovene citizens more emigrated from Slovenia than immigrated to it. 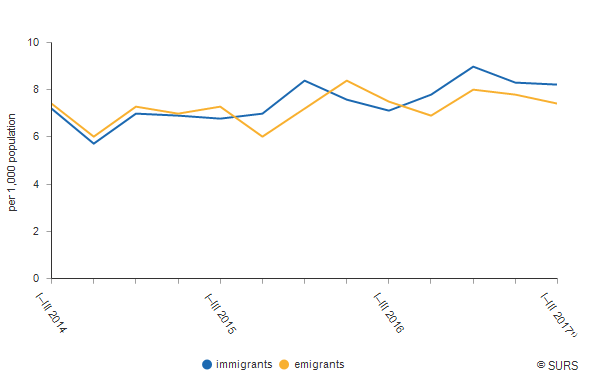