In the first half of 2017 one settlement was cancelled, 18 new streets were established and more than 4,000 house numbers were changed.

The highest number of residents per house number in municipality Ljubljana

One cancelled settlement in the first half of 2017… 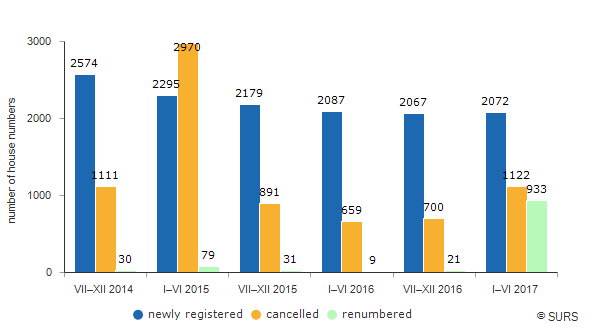