Forest are not only water consumers, but also natural filter and reservoir

Due to the changes in the environment, Slovene forests are faced with many challenges. This will be the main topic of activities surrounding the Week of Slovene Forests, which are traditionally organised by the Slovenian Forest Service and will take place between 23 and 29 May 2016.

The tree structure of forests has also changed. Spruce forests have become less resistant to pests and natural disasters but the tree structure of Slovene forests is characterised by the downward trend in the share of conifers (54% in 2014) on account of the upward trend in the share of non-conifers. Due to climate change, natural disasters in Slovenia became more common, which leads to more damage to forest trees due to pests, disease, snow storms, windfall and ice storms.

One of the future challenges for Slovene forests is protection of forest water resources, for which higher quality of drinking water compared to other land use is characteristic. Forests are not only water consumers, but also water’s natural filter and reservoir. If there were no forests, there would be a lot more avalanches, landslides and torrential events, and probably the local climate would be much different. We have to manage forest ecosystems so that forests work as sponges. Forests are thus filters and sponges, and forest mechanisation and obtaining of raw wood categories can lead to chronic pollution of water resources.

Increase the use of forest resources

Increased use of forest resources, i.e. processing and use of wood, can additionally contribute to Slovenia’s transition to a low-carbon society; however, there is a condition: rational and efficient system of obtaining, processing and using wood in the entire forest wood chain. The share of export in total production of raw wood categories (logs, pulpwood, industrial roundwood, wood fuel) in Slovenia has grown significantly in recent years; the highest value of 47% was achieved in 2014. So, only 53% of domestic raw wood was available for consumption in Slovenia. In the 2010–2020 period the quantity of logs processed in Slovenia could be increased by 70% from 1,125,000 m3 to 2,100,000 m3.1)

Forests in Europe and the world are faced with similar challenges, so cooperation between all stakeholders will be very important for designing sustainable management of still extensive forest areas in the world.

...that a hectare of forest in Slovenia in aboveground and underground wood mass stores on average 9 tons of CO2 per year?

...that in the opinion of experts young forest absorbs 11-times as much carbon from the air as old forest?

...that in the past 200 years conifers in Europe replaced non-conifers on as much as 633,000 km2 of area and that they store 3 billion tons of greenhouse carbon less than in 1750?

...that in the opinion of some researchers, conifers absorb more sunlight and emit less water, so they can have an impact on global warming?

...that sanitation removal represents on average 30% of total removal in Slovenia?

...that one drop of mineral oil pollutes 25 litres of water to such an extent that it is unhealthy to drink?2)

...that one litre of oil poured down the drain makes a slick on a hectare of water surface?3)

...that in the production of raw wood categories in 2014 the share of exports was 47%, the highest ever?

...that according to environmental and other experts, Slovenia has a potential to generate at least 10,000 new jobs in the wood processing industry? 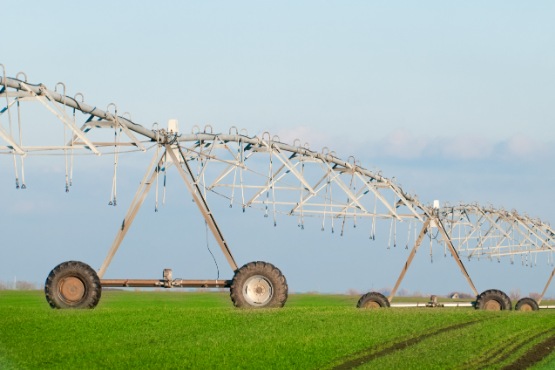 In 2019, 4% more water used for irrigation than in the previous year