Women at death on average 8 years older than men


Men at death on average 8 years younger than women


Every fourth man at death below 65 years of age

Premature mortality is the share of deaths under the age of 65 among all deaths. Every fifth person who died in 2014 was younger than 65 years (every fourth among men who died and every ninth among women who died).

In 2014, 39 infant deaths were recorded; 19 deaths of boys and 20 of girls. Infant mortality was 1.8 which is the second lowest number of infant mortality so far.


Another year of natural increase

Data on natural increase by municipalities and regions are published on the SI-STAT Data Portal. 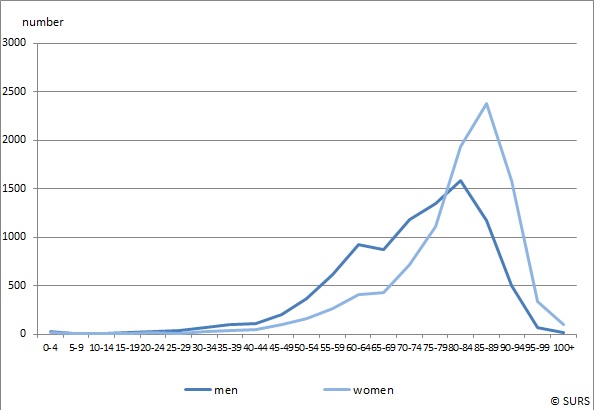