… and at the annual level

Compared to last January, the value of the sentiment indicator decreased by 6.3 p.p.

The table with the latest data is available in the SiStat Database.
Sentiment indicator, Slovenia, January 2005–January 2023 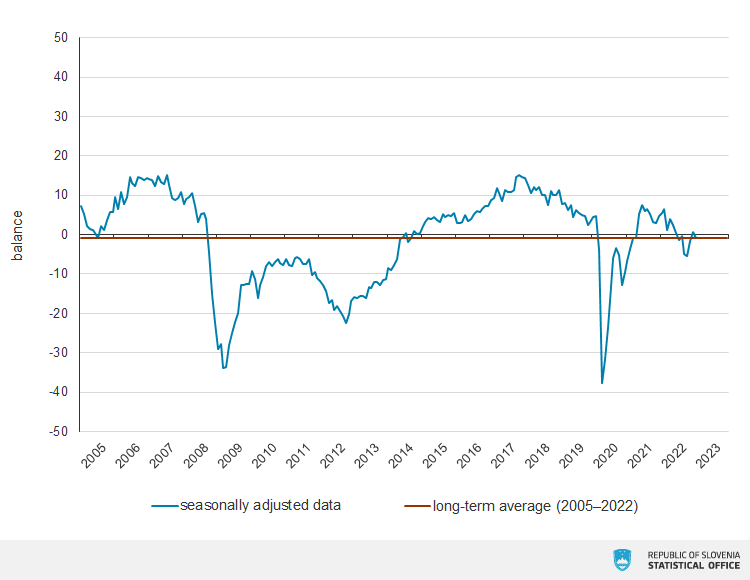 Impact of individual confidence indicators on the monthly change of the sentiment indicator, Slovenia, January 2023 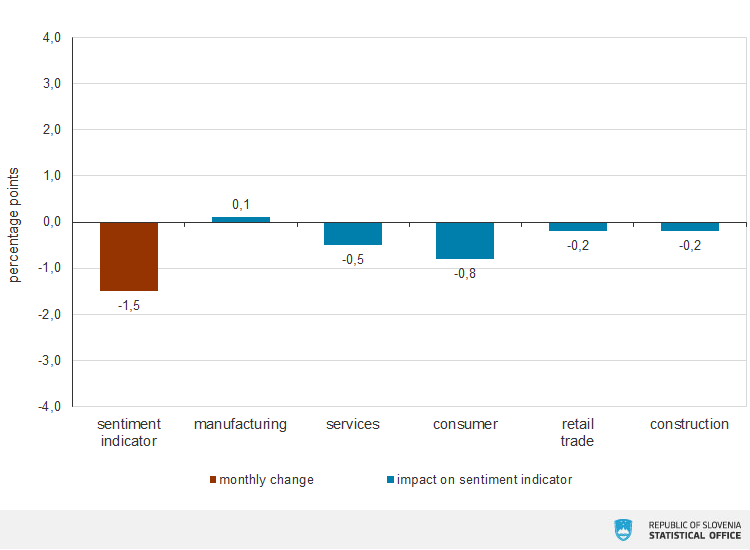 METHODOLOGICAL NOTE
Some totals and subtractions do not add up due to rounding.

New in the SiStat Database: High-growth enterprises in Slovenia in 2021