Upgrade of environmental statistics and accounts, 2020

In the framework of the ETEA survey, the time series of data was extended for the 2005–2007 period. According to the latest reporting for 2021, energy taxes still accounted for the largest share of environmental taxes (77.1% in 2005 and 82.7% in 2021). They were followed by transport taxes, which represented 15.5% (2005) and 13.5% (2021) of all environmental taxes, while 7.5% in 2005 and 3.8% in 2021 of all environmental taxes were collected with pollution and resource taxes.
CO2 emissions in road, air and water transport of residents abroad higher than emissions of non-residents in Slovenia

In the field of water accounts, the water supply and use tables were upgraded and extended with a time series back to 2017. Also, a table of water assets accounts for the 2017–2019 period was established. More detailed data can be found on the SURS website as part of the experimental release on water accounts.

Among the reused secondary raw materials, the majority were minerals

In 2020, 8.09 million tonnes of secondary raw materials and by-products were used in Slovenia: 30% of them were reused directly after the production process and 70% after various waste treatment processes. Of all, the largest amount were minerals (4.9 million tonnes), followed by metals (912,000 tonnes) and slag (632,000 tonnes). Two thirds of all reused secondary raw materials were generated in manufacturing and construction. 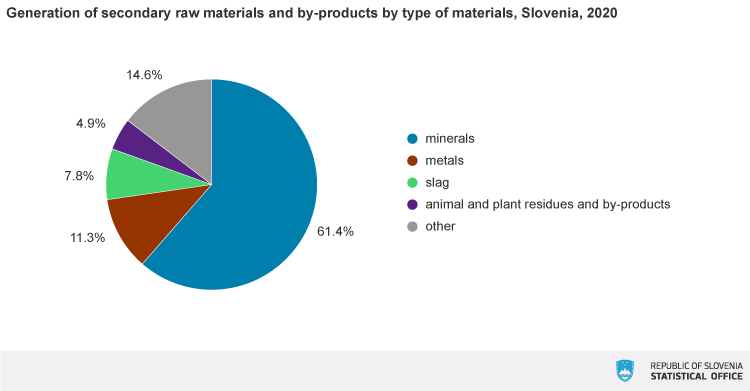 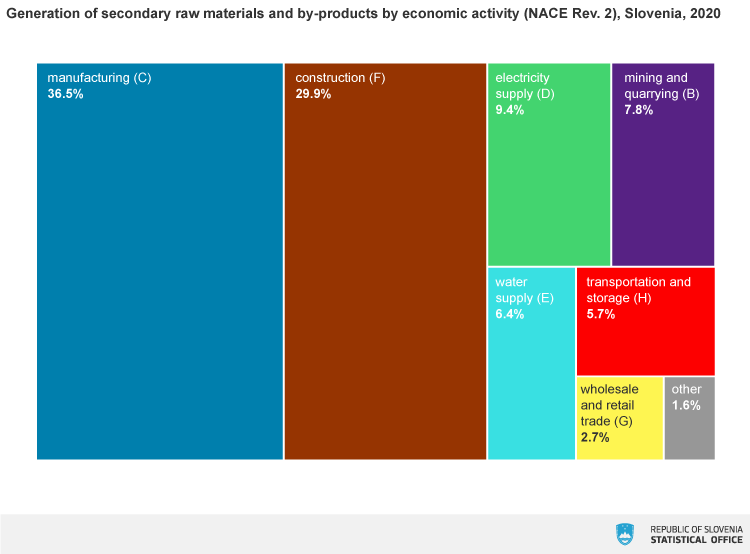 METHODOLOGICAL NOTE
Between March 2021 and November 2022, SURS implemented a grant project in the field of environmental statistics.

As part of the mentioned project, within the environmental accounts the time series of data for environmental goods and services accounts (EGSS) was extended back to 2010, and is available in the SiStat Database. In addition, the time series of data on taxes related to environmental protection (ETEA) was extended to the 2005–2007 period. SURS also revised the calculation of the emissions of residents and resident business units in road, air and water transport. A revised methodological approach for residence principle adjustment of data was used within the physical energy flow accounts (PEFA) and air emission accounts (NAMEA) for the entire data time series (2008–2020).

In the field of water accounts, the methodology of water supply and use tables was upgraded, and the table of water asset accounts was developed for the 2017–2019 period.

As part of the project, a methodology to monitor the flow of secondary raw materials and by-products, which represent a small but essential role of society's transition to a circular economy, was established. Also the first experimental data calculations were prepared for 2020. 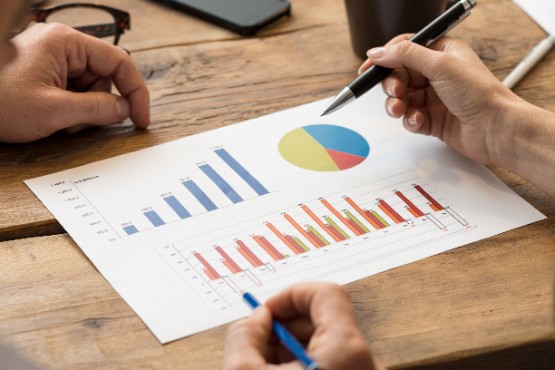