Compared to the previous quarter, approximately the same amount of waste was collected, but the share of waste planned for recycling decreased. The share of separately collected municipal waste went up.

SHARE RELEASE:
Most of the separately collected municipal waste is biological

In total, 2.5 million tonnes of all types of waste were collected in the 3rd quarter of 2022. The majority was mineral waste (78.7%). Municipal waste accounted for 10.3% of all collected waste or 125 kg per person.

In total, around 7.2 million tonnes of all types of waste were collected in the three quarters of this year, of which 771,000 tonnes were municipal. 74.3% of the latter was collected separately.

In total, about 1.7 million tonnes of waste was planned for treatment by final procedures, of which around 58% for backfilling, 40% for recycling and 2% for (co)incineration with energy recovery.

Compared to the previous quarter, 17% less waste was planned for recycling, and 24% less for backfilling (with approximately the same amount collected waste in total), but the amount planned for other treatment and pretreatment procedures (e.g. sorting, biological stabilization) was 38% higher. Some of this waste is treated by final procedures during further treatment.

Table with the latest data is available in the SiStat Database. 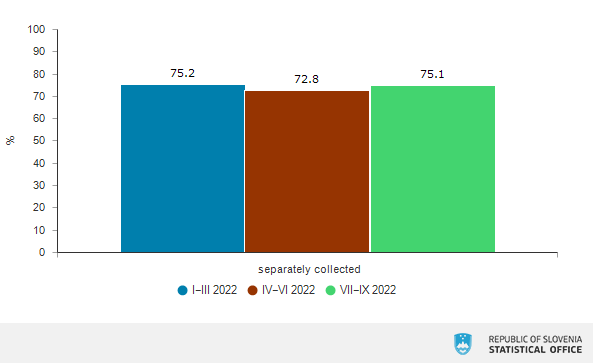 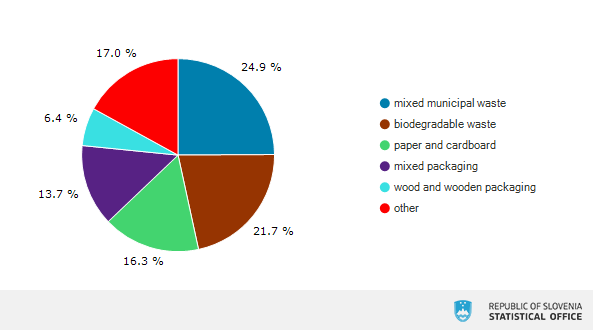 METHODOLOGICAL NOTE
Data for 2022 are provisional and can be corrected and supplemented with new data.
When making use of the data and information of the Statistical Office of the Republic of Slovenia, always add: "Source: SURS". More: Copyright.
SiStat
Methodological explanations
Quality reports 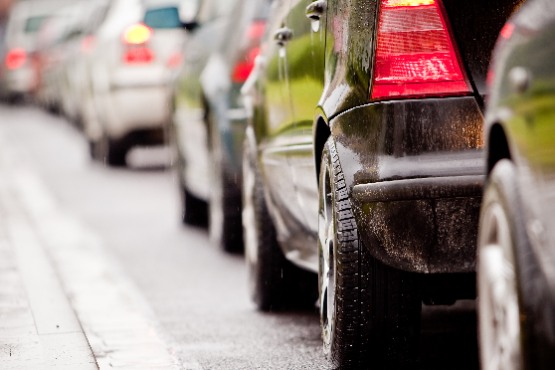