The prices of animals for slaughter were higher by 24.9%. The most notable increase was related to cattle prices (by 32.8%). Higher were also the prices of pigs and poultry.

In the 2nd quarter of 2022, the prices of cereals and potato much higher than a year before

Tables with the latest data are available in the SiStat Database 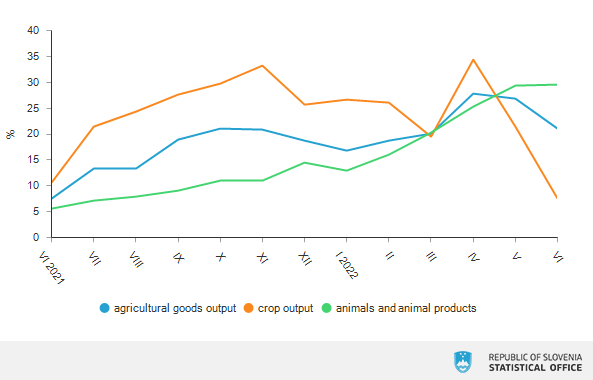 The monthly data for the current year are provisional. With each First Release the data can be corrected and completed with new data. The monthly data get the status of final data with the publication of annual data (at the latest at the end of February of the following year).

In August, too, less milk collected than a year ago

Growth of import prices is slowing down

In October 2022, the monthly and annual base interest lower