Acknowledgment and ascertainment of paternity and adoptions of children, 2021

In 2021, 10,423 acknowledgments and 36 ascertainments of paternity were registered as well as 40 adoptions, 23 of which from abroad.

The highest percentage of acknowledgments of paternity so far

More than half adoptions from abroad

Table with the latest data is available in the SiStat Database.

Acknowledgement of paternity by age of child, Slovenia 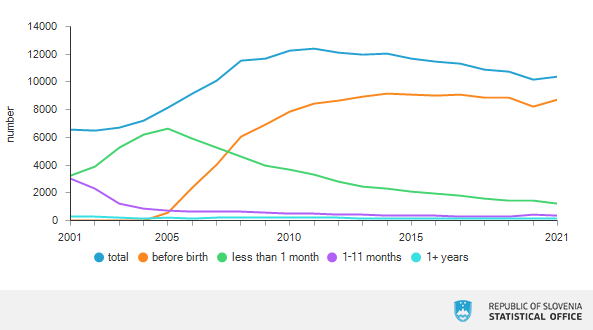